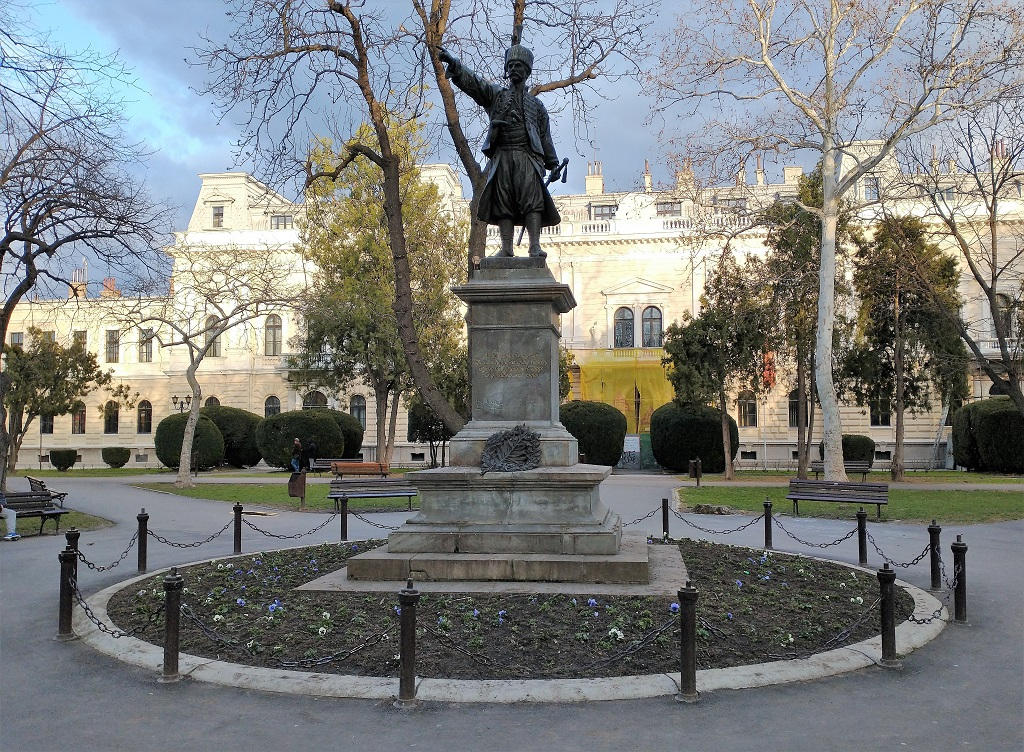 1. Surfaces of the city center

Požarevac and many surrounding communities are culturally and scenically very interesting for tourists. The city is located in the Danube plain in central Serbia and has about 50,000 inhabitants. The capital Belgrade is 60 km as the crow flies.

Požarevac became known through the important “Peace Treaty of Požarevac” of 1718 between the Ottoman Empire on one side and Austria of the Habsburg Monarchy and the Republic of Venice on the other. Today, the tent used for the signing of this treaty can be visited in the Tulba Etno Park (more on this in the “Peculiarities” chapter).

The center of the city is formed by a small pedestrian zone with its numerous cafes and very barefoot-friendly concrete slabs. The panels are old, the edges flat and comfortable to walk on. Barefoot access is permitted in all shops, cafés and restaurants. The entire city center is very clean, the sidewalks are cobbled or asphalted in a barefoot-friendly manner.

Surfaces are similar in the city park with the monument of Miloš Obrenović, an important Serbian leader in the fight against the Ottoman Empire.

Worth to see are the National Museum…

…the Town Hall. Here, too, access is permitted barefoot everywhere, the floors are pleasantly barefoot-friendly.

Those interested in art can visit the gallery of the famous painter Milena Pavlović-Barili, who is considered one of the pioneers of modern Serbian art.

The cathedral (Saborna Crkva svetih Arhangela Mihajla i gavrila), which houses both the bishop’s court and the Church of St. Nicholas (Crkvu Svetog Nikole), is 400 m from the center and can also be entered barefoot.

2. How does the population behave when meeting barefoot people?

Whoever I meet looks at my feet, is surprised, but mostly says nothing. When I ask for directions, people are friendly and helpful. Some are also interested and ask why I walk barefoot. Here in town I’m known to be barefoot and they therefore do not pay attention anymore. Especially since TV filmed me in February 2021.

3. Are there sightings of other barefooted people?

Walking barefoot is generally a taboo subject in Požarevac and Serbia in general. Unfortunately, being barefoot is still associated here with “poor and destitute”, and one is judged accordingly. Therefore I have unfortunately not seen any other people without shoes.

4. Cleanliness of the city center

The city is very clean, there is no rubbish anywhere. The parks are also clean and well-kept.

5. Risk of injury in the city center (apart from folk festivals with the usual shards)

(No risk: 1, rarely, a few places: 2, now and then, but avoidable: 3, you have to be careful more often: 4,
there is a constant risk of injury almost everywhere (lots of broken pieces etc): 5)

Since the city is very clean, there is also little risk of injury. If so, it is more likely to happen through carelessness. If a bottle breaks somewhere, it is ensured that the broken pieces are removed by the next morning.

6. Are there any facilities or restaurants in the city (museums, restaurants, etc.) where
there are occasional or regular barefoot problems?

It occasionally happens that individual employees (e.g. at the post office or in the cultural center) prohibit me from being barefoot. But that is mostly arbitrary. It is therefore worthwhile to request talking to the boss, as often you suddenly are granted to enter barefoot after all. 😉

1. Areas of the city that are particularly recommended because of the surfaces:

Today’s Tulba-Etno-Park became an open-air museum and pays tribute to the historical place where the “Peace Treaty of Požarevac” was signed. Here you can find numerous authentic houses from the 19th century and also the imperial tent in which the peace treaty was concluded. The park is very clean, the paths were laid out with barefoot-friendly natural stones and you can also walk in the grass.

The historically significant Čačalica Park, a memorial park from the Second World War, is just a few minutes’ walk from the center. The 28 hectare park extends over the 200 m high hill of the same name above the city. The paved path meanders over a length of 1.4 km past several fountains and various monuments, e.g. for executed Serbian patriots, Russian fighters and executed Jews.

The paths are an Eldorado for barefooted people. Here you can walk over grassy paths and forest soils, various stone slabs, asphalt or gravel. You can lie in the sun, picnic and relax on the park meadows. Only barbecuing and bringing dogs is prohibited.

2. Barefoot paradises in the immediate vicinity

For equestrian enthusiasts, a visit to the trot and racing track (Hipodrom) located on the outskirts is worthwhile. The driveway is paved, the paths within the facility are made of grass, only one of them is gravel. The paths to the stands are made of barefoot-friendly concrete.

Every year a rider and horse festival takes place here in the first week of September. The whole city is in a party mood. There are concerts every evening.

Founded in 1850, the famous race horse stud Ljubičevo is located about 4 km outside the city in a beautiful park where you can be completely barefoot.

Outside the city there are many lakes that are ideal for swimming in the summer.

20 km from Požarevac, you find the ancient Roman city of Viminacium, also known as the Pompeii of Serbia. The area covers more than 400 hectares. Much has already been excavated, including the mausoleum, parts of the military camp and the remains of a mammoth (Vika). You can be barefoot anywhere here, the floor is wonderfully sandy or made of barefoot-friendly stone slabs.

The picturesque medieval Ram fortress is located about 30 km from Požarevac, directly on the Danube. Many battles were fought here. The fortress is very well preserved and you can walk barefoot on the Danube beach. 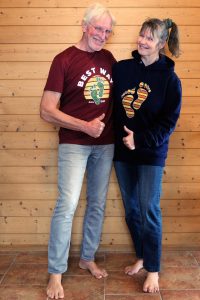 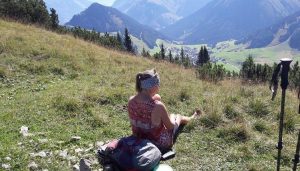 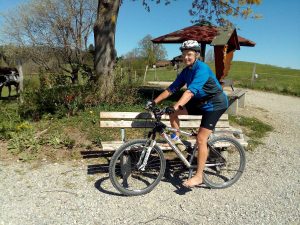 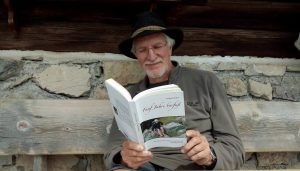